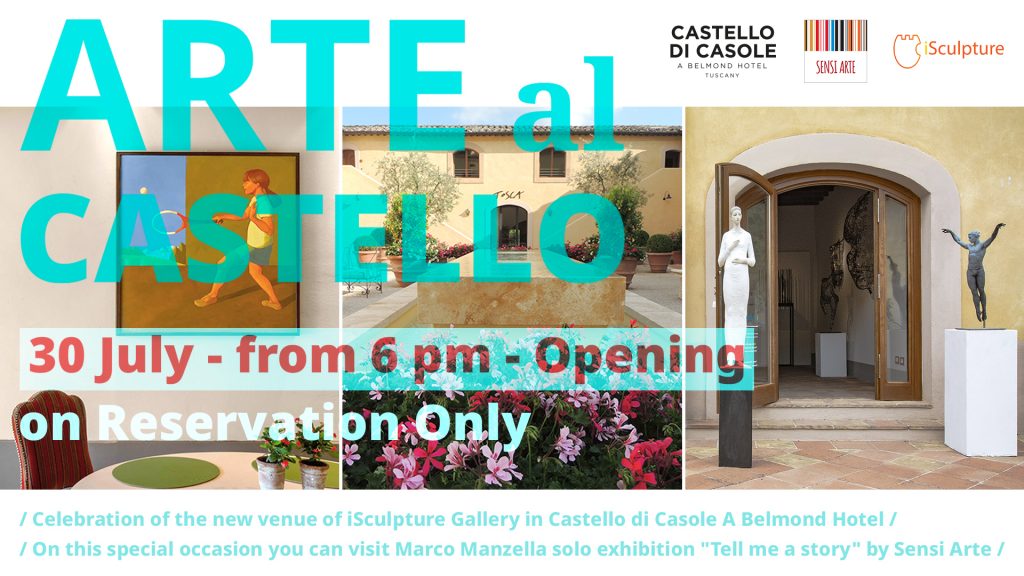 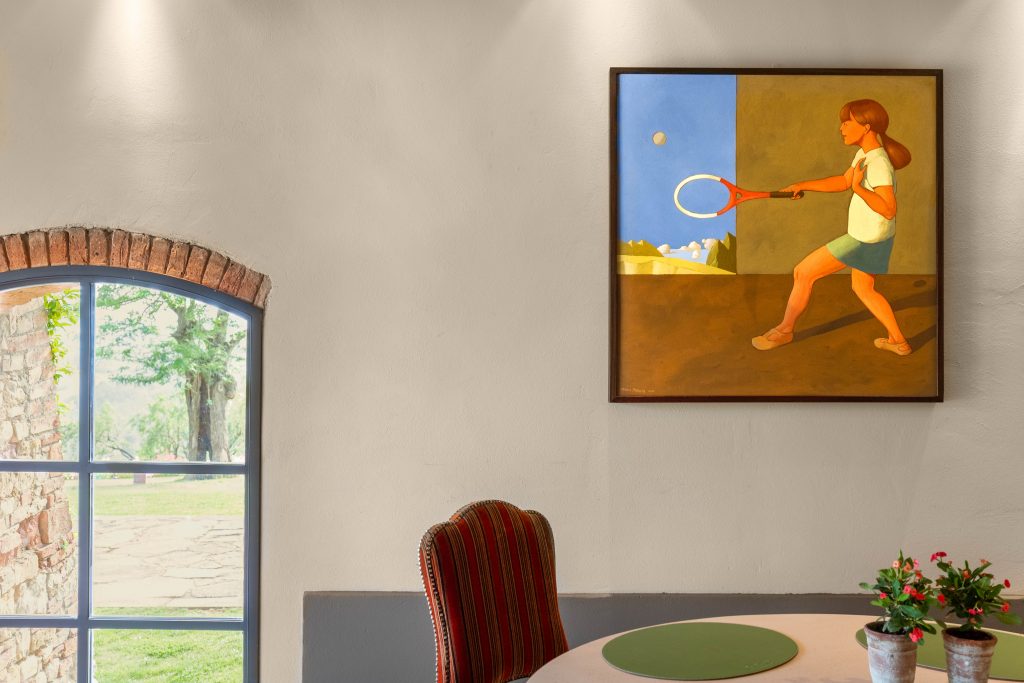 On the occasion of the reopening of the 2021 season, iSculpture strengthen the collaboration with the Castello di Casole, a Belmond Hotel, with the presence of a venue dedicated to contemporary sculpture signed by iSculpture Gallery.

Since 2013 iSculpture has created a real open air gallery dedicating a total passion to site specific events in the gardens and common areas of the Castello di Casole.

The castle’s rich history dates back to the end of the 10th century, when it was built and christened Querceto Manor. Querceto Manor often hosted the political exiles of nearby Siena until it fell into decline starting in the 15th century. Owned and reconstructed during the 19th and 20th centuries by the Bargagli family of Siena, esteemed local aristocracy. During the late 20th century the Castello was owned by prominent Italian film director Luchino Visconti, who entertained European and Hollywood luminaries throughout the estate.

On the occasion of the official opening event of the third headquarters of the Gallery – located in the central courtyard of the hotel, in the premises of the Tosca Restaurant, the exhibition “Tell me a story” by Marco Manzella, in partnership with SensiArte and curated by Patrick Pii and Francesca Sensi, will be available for visits.

iSculpture is known for its peculiarity of dealing only with sculpture and has specialized over the years by selecting young promises and internationally renowned masters.

SensiArte is a Gallery active for twenty years in the Tuscan region, distinguishing itself in the setting of events and organization of thematic exhibitions.